Aperitif: a cornestone of the italian lifestyle! 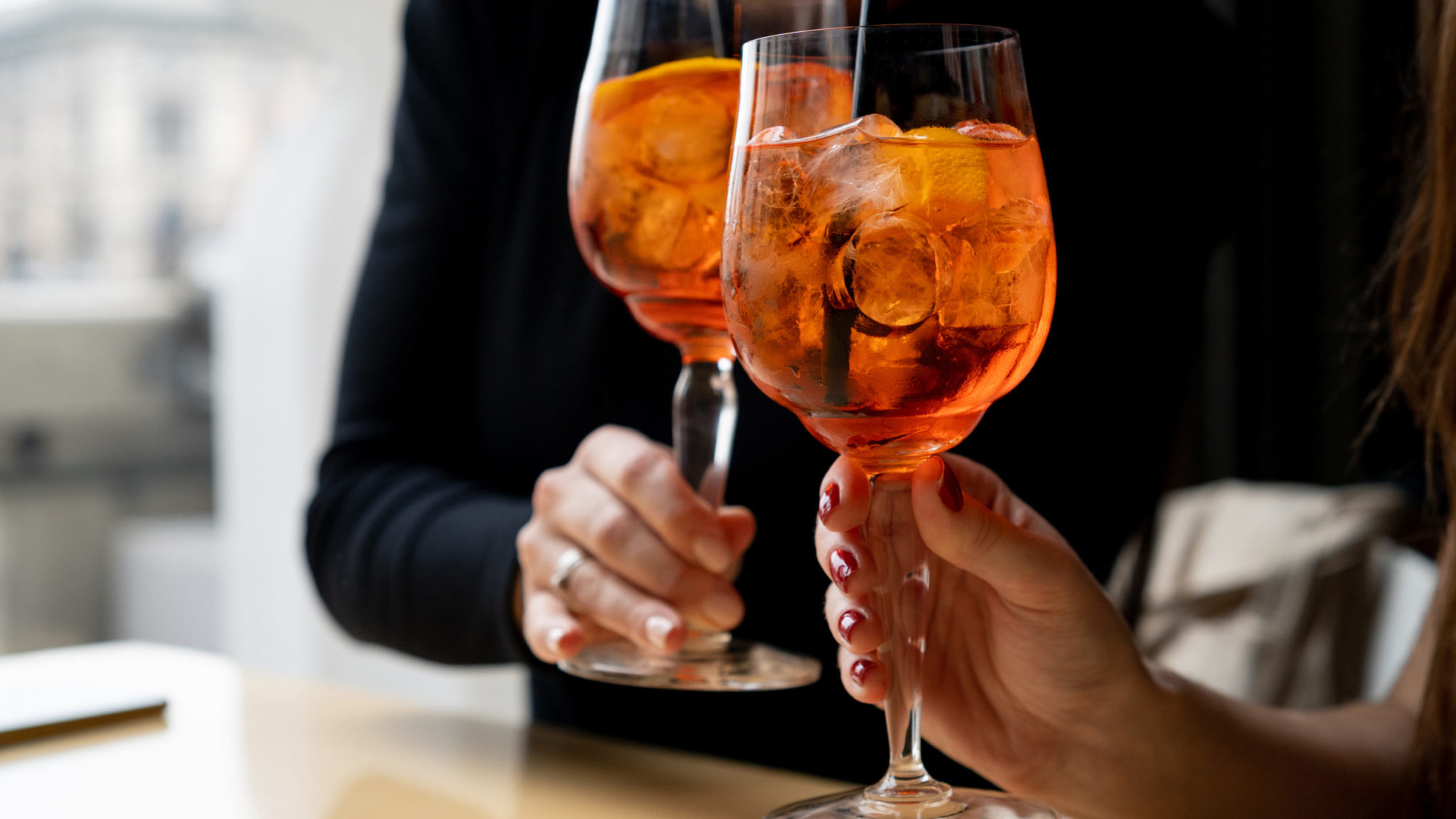 Did anyone say aperitif? Probably, since it has been one of the cornerstones of the Italian lifestyle for two and a half centuries, and a trend that is spreading more and more throughout Europe. A convivial moment shared with friends and a way to relax after work, it means that from 7.00 pm to 9.00 pm the tables and counters of every bar come alive with chats and discussions, accompanied by a cheerful atmosphere (and possibly a beautiful view to admire while the sun sets), a good drink (which tradition would like slightly alcoholic) and finger food (pretzels, crisps, canapés, tastings of typical local products …). But apart from the convivial reasons, the primary purpose of the aperitif is to prepare one for dinner, breaking the hunger accumulated in the afternoon and tempting one’s appetite.

This is what Hippocrates thought, when in the 5th century BC he prescribed those who were impotent to take a bitter mixture of wine, wormwood and other aromatic herbs, which was to “open the stomach”. The word aperitif derives from the Latin word aperitivus, which means “that opens”. The Romans were also dedicated to this practice with theirs consisting of a honey and wine drink, the so-called mulsum, which was always consumed before meals. The aperitif in a modern sense, however, was born in Turin in 1786 in Mr. Antonio Benedetto Carpano‘s off license. It was there he invented the “vermouth”, a wine flavoured with 30 spices and herbs that had a resounding success, so much so that King Vittorio Emanuele II elected it to be drunk in court. From that moment a multitude of variations were born which brought about some of the most popular cocktails that we know now, for example, the Martini, the Americano, the Negroni, the Campari, the Spritz, the Rossini. In short, we can say that the aperitif imposed and established itself as a habit for everyone during the first decades of the 1900s. It has become one of the symbols of the Italian “sweet life“, according to which it is necessary to take some time during the day, to savour together with friends.

The last steps – and the style of the aperitif culture – were the ‘happy hour’, introduced in the mid-2000s, an evening time slot in which the locals started to apply reductions on alcoholic beverages, and the ‘apericena’, a formula that with €8/9 allows you to, in addition to the beverage, consume a buffet of sandwiches, mini pizzas, cold pasta, risottos, etc. which can also replace dinner.

THE VARIOUS APERITIFS IN ITALY:

Northern Italy is the birthplace of the aperitif and also the one in which it is more widespread, with specific territorial variants. In Milan, Campari reigns and is served with Lombard bruschetta, in Brescia the Pirlo is typical, enjoyed with local cheeses. If you go to Triveneto you cannot but try the Spritz, or alternatively the Mezzoemezzo.
The aperitif is found above all in the big cities and on the coasts. The pride of Tuscany, Umbria and Emilia Romagna is the Negroni, created in Florence, and served with accompaniments of local cured meats, olives and dried fruit.

The South rather disdains the aperitif, but more so the ‘apericena’ due to the custom of eating meals calmly. Great attention is paid to the culinary part of the aperitif, distinguished by the characteristic gastronomy: fish and fried products in Sicily, pizza and mozzarella in Naples, taralli, pittole and cotognata in Puglia, and sausages and cheeses made from sheep’s milk in Sardinia. Sometimes there are also desserts, like babas. It is also seen as a prelude to an evening of entertainment so is often placed between 9pm and 11pm.

THE RECIPE OF MY FAVOURITE APERITIF: THE HUGO!

Before preparing the Hugo, remember that all the ingredients must be cold! Pour ice into glasses and add the elderflower syrup, prosecco and soda water. Gently mix with a teaspoon, add the mint sprig and your Hugo is ready to be served!