Halloween 2019: from all around the world! 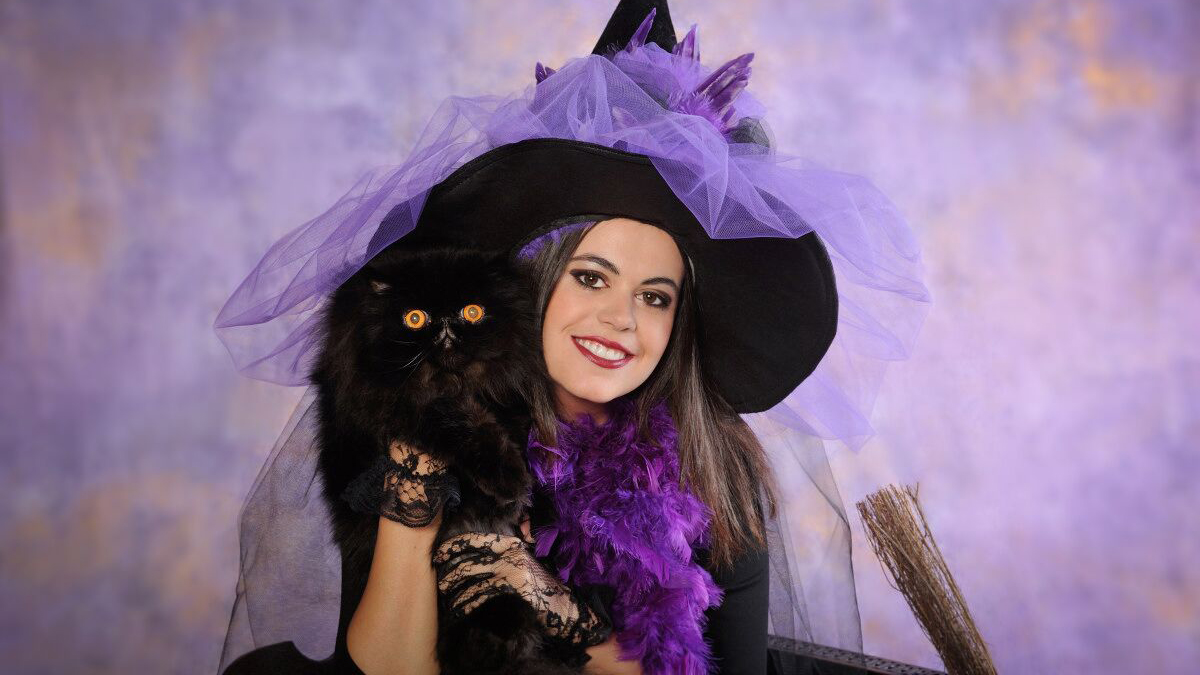 Halloween originated from Celtic times and was first known as “Samhaim“. It was a party typically for peasants who, together with the dead, celebrated the end of the harvest and the beginning of the winter season. It is now a celebration that has had resounding success and has spread all over the world, starting with the Irish who then exported it to American soil. There are noticable differences in how Halloween is celebrated but what is common is the need to pay homage to the ancestors and calm the spirits of the dead, who often try to re-enter the world of the living.

Each country has its own traditions and this article will talk about a few, such as where Halloween is unmissable as well as alternative ways and places to celebrate it!

If you have the opportunity to spend Halloween in America, go!! America hosts the most heartfelt Halloween party with 65% of the population participating, even if it has now taken on a more decidedly commercial tinge. Across the country, houses compete with one another using the most eye-catching macabre decorations. On the 31st in New York, there is the historic costume parade which lasts until late at night. In Salem, known also as “the city of witches” and which even boasts a witch museum, Halloween is celebrated with a festival that allows you to visit haunted houses and participate in a grand haunted dance.

In the south, Mexico offers ceremonies of a completely different kind with “El dia de los muertos” (Aztec derivation) which translates to “day of the dead”. They use bright colours, flowers, paint their faces with very decorated skulls, have picnics and drink tequila. In Latin America the “return of the dead” is seen positively and must be welcomed with joy.

HALLOWEEN IN OUR LITTLE EUROPE…

In Ireland, Halloween still retains the touch of a rural festival of ancient times and so it is not uncommon to come across bonfires, or treasure hunts for both the young and old. Another tradition is the Barnbrack, a fruit cake in which a ring and a coin are both hidden. It is said that whoever finds the ring will walk down the aisle to the altar while whoever bites into the coin will become rich, both within the year. So if you are tired of taking the usual pumpkin-shaped cookies to dinner parties, here is the recipe:

In some countries the spiritual component of this particular holiday proves superior, with visits to cemeteries on November 1st. Halloween is in fact an abbreviation of All Hallows ‘Eve or, All Saints’ Eve. In Belgium, candles are lit and left outside homes for the spirits while in Slovakia, chairs are placed in front of the fireplace. In Germany, all types of knives are hidden for fear that the dead could injure themselves meanwhile in Austria, the household leaves bread, water and a lit lamp on the table before going to bed.

Have you ever seen the famous red lanterns that soar in the air or float on water? During Obon, a festival in Japan, these lanterns are used to remember the souls of the dead. In addition to lanterns, fires are lit outside people’s homes to help guide the souls in a world which to them is no longer their own, and showing them the way to their families. Although similar to our Halloween, Oban is celebrated during the summer months. In China, Malaysia, Hong Kong and Singapore we have the Festival of the Hungry Ghosts. Part of this includes roadside fires in which miniature telephones and faux money are thrown into the flames for ghosts and ancestors to use in the afterlife. Food is also left out to sate the appetite of the hungry spirits.

There is no place more suitable to celebrate the “scariest” holiday of the year than Transylvania. Having always been identified as the land of vampires, ghosts and werewolves, Tranylvania is home to the legend of the most famous and fearful vampire in the history of literature and horror cinema, Count Dracula. The ghostly atmospheres of the castle which belonged to Vlad III of Wallachia, better known as Dracula, are perfect for setting the scene for Halloween and following the visit, you can enjoy an evening of fearful festivities. Nearby are many other manors, towns and villages of this style also worth visiting.

HALLOWEEN CELEBRATION IN BORGO A MOZZANO

Borgo a Mozzano is a small village yet it is home to some of the most famous Halloween celebrations in Italy. Festivities here last three days (between games, visits and masked evenings) and culminate with a spectacular show complete with fireworks, on the famous Devil’s Bridge.

Preserving its Scottish-Irish origins and so with more of a Gaelic touch to it, traditional dances and music are to be expected at this festival. With a mixture of fog and the mysteries that have always surrounded Edinburgh, Calton Hill provides the perfect atmosphere to celebrate Halloween.

The city of Louisiana offers a truly original gem in the way of a swamp. Said to be haunted by spirits, Manhac Swamp can be visited by torchlight on the night of October 31st. In New Orleans, Halloween is considered the most important festival, second only to Canival. It is also the American capital of voodoo dolls.

Why not go to an amusement park on Halloween? Filled with people made-up as monstrous characters and horror shows especially for the occasion, they are great fun. Even if you have young spectators with you!

Speaking of Halloween-themed costumes and makeup, I want to share some pictures of my Gothic-style witch’s outfit with you! The headpiece was hand-sewn and the makeup I did myself! Note the participation of my beloved Thiago “masked” as a black Persian cat; he seems very comfortable in the part, don’t you think?!

Here is an overview of the most famous witches’ costumes at the cinema: