Monet and Camille: an unforgettable love 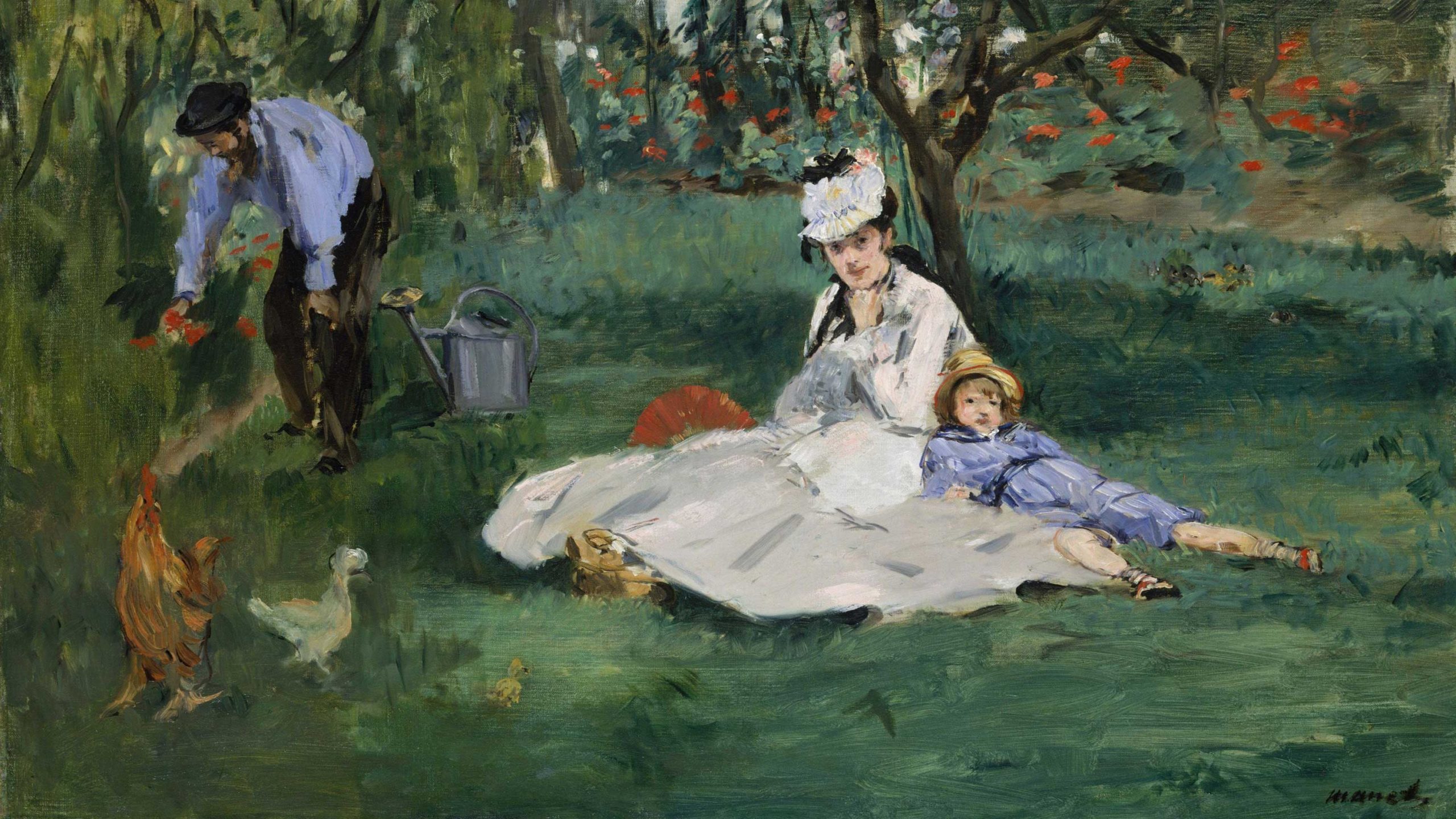 Claude Monet and Camille met for the first time in March 1865, in a Paris bookshop. Camille- Léonie Doncieux was 18 years old at the time and a young and beautiful girl with strong features similar to those of a Greek statue. The two fell in love at first sight and Camille started to date the painter and to act as a model for his artwork. This choice was paid for dearly as Camille, who was already promised to a wealthy suitor, had to escape with Monet who had been disowned by his family for his lover’s humble origins. Years of privation and difficulty followed them. For love, Camille accepted a bohemienne life, where debts were so pressing they were forced to absolute poverty and there were only a few moments of economic serenity for the couple. The two shared everything: pose hours, uncertainty, flittings in the middle of the night due to unability to pay the rent, but most of all, they shared their immense love for one another. The beautiful Camille exercised her charm not only on Monet, but also on other impressionists who wanted her to be the protagonist of their paintings, like Renoir for example. In 1867 their first son, Jean, was born, but Monet opted to wed Camille three years later. Difficult years followed as Monet didn’t look for a job to support his family but instead took handouts from his friend Frédéric Bazille. In 1871 the couple moved to Argenteuil, along the Seine, where the painter built a small floating boat to paint the river landscapes. Several years later, he got to know a rich financier and art collector who then became a friend, and Monet started a relationship with his wife, Alice. In 1878, Camille and Monet’s second son, Michael, was born. Unfortunately, Camille did not recover from the childbirth and died of cervical cancer on the morning of 5 September 1879 in Vétheuil, a few hours after the religious wedding she had always dreamed of so much.

“One day at dawn I was at the bedside of a person who was and always will be very dear to me. My eyes were rigidly fixed on the tragic temples and I found myself following the death in the shadows of the colour, which it puts on the face with gradual nuances. Blue, yellow, grey, and so on. At this point I had arrived. Of course the desire of fixing the image of her, who left us forever, had gone ahead. However, before the thought of painting her features, so dear and familiar to me, ran through my mind, my body automatically reacted to the choc of the colours”.
With these words, written in 1879, Claude Monet told of the death of his beloved wife Camille. Although he already had a relationship with Alice, Monet was shocked by the loss of his young wife and expressed his suffering in a painting entitled “Camille on her Deathbed”, now conserved at the the Musée d’Orsay.

After the untimely passing of Camille, Alice Hoschedé became Monet’s new partner. She left her husband, the financier and art collector, and followed Monet to Giverny. The woman – whom Monet decided to make his wife twenty years later – would go on to live with the most desperate jealousy, a morbid and irrational feeling, which would make her go to extremes. Alice, unable to remove all the portraits of Camille that Monet and his friend Renoir had painted, took her revenge by destroying all photos and memories related to Camille. Nowadays only one photograph, found in Holland and accidentally saved from the destruction made by Alice, exists. She would spend the rest of her life trying in vain to fight against Camille’s ghost, while Monet would continue to depict, over the years, his never forgotten love.

Theirs was a love capable of defying time and remaining undamaged and vivid until today. It tells us about a pure and illogical feeling, able to overcome obstacles and differences, where passion appears in its grandeur and makes us spectators of an authentic experience, where love is life, pain, passion and creation. I immediately appreciated this story because, since I was a little girl, I’ve always loved reading the nineteenth-century French poetry and the life of Monet and Camille fits perfectly into the cultural environment of that romantic and bohemienne Paris, represented also through Baudelaire’s verses. Camille’s existence was decidedly short but she felt a complete and unconditional love towards Monet as she loved him with passion and devotion, supporting the unappreciated artist in his most difficult and dark moments. Monet on the other hand, through his art, made Camille eternal to the present day and, let’s be honest, who wouldn’t like to be remembered hundreds of years later?! One of my girlish fantasies has always been to become the muse of an artist and to live the passionate and all-consuming love. A true love which can overcome anything and everything, knowing no obstacles. Despite the complications between the two, Monet always loved Camille. It was from her that he drew his inspiration, strength, and enthusiasm to fan the flames of the sacred fire of his creative genius.

For those who would like to read a book about this captivating love affair, I would recommend reading the novel “Claude & Camille: A Novel of Monet” by Stephanie Cowell. The work is mainly focused on the relationship between Monet and his beloved Camille: a total and absolute love for both, made of ups and downs, of passionate meetings and cheatings, of shouted truths and lies. Reading the book, you can see the painter immersed in a revolutionary vision of the art; the novel tells about Monet’s unconditional love for painting, even when it won’t be understood by critics, and about the passion that fills his artwork. The narration is fluent and involving, and it has a strong evocative power. In fact when you read the story it has the ability to transport you back in time, giving you the impression of being in the nineteenth-century Paris yourself – an irreverent, vibrant and immortal Paris! I highly recommend this book to those who love art and to people who want to enjoy an engaging love story, showing a true and timeless feeling.

When I read this love story, a poem very dear to me by Pablo Neruda came to mind. Monet could also share these verses with the unforgettable love of his life.

If one day your heart stops…

If one day your heart stops,
if something stops burning through your veins,
if the voice in your mouth escapes without becoming word,
if your hands forget to fly and fall asleep,

Matilde, my love, leave your lips half-open,
because that final kiss should linger with me,
it should stay still, forever, in your mouth,
so that it goes with me, too, in my death.

I will die kissing your crazy cold mouth,
caressing the lost bunch of your body,
looking for the light of your closed eyes.

And so, when the earth receives our embrace,
we will go blended in a single death,
living forever the eternity of a kiss.