Jewels in the hearth of Friuli Venezia Giulia 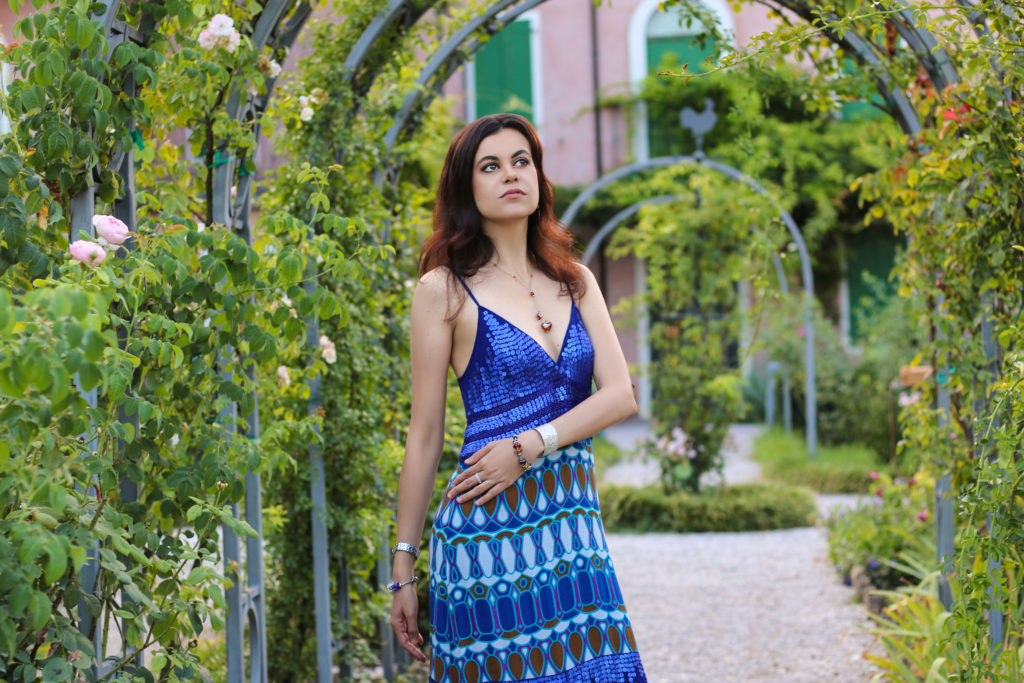 Jewels, especially those handcrafted, are the accessories that most attract the eye. They emerge from the mass and banality, as if they had a character, a particularity, a “life” of their own, and which is perhaps why they are usually the most appreciated. Those who produce them put body and soul into it and are always ready to tell the story and philosophy behind their work.
After I came across his showcase, I found Sergio Mazzola’s creations very interesting. Mazzola is a master goldsmith who created a reference brand in Friuli-Venezia Giulia.

Originally from a village on the border between Veneto, Emilia Romagna and Lombardy, he completed his studies in Lazio and then at the Academy of Fine Arts in Venice, specialising in metal-work and later becoming a teacher of this craft.
It is however, in the region of Friuli that Sergio decided to build his business, attracted by the culture of Lombard jewelery. In fact, he established his goldsmith shop in the city of Udine, changing venue several times. You can now find his atelier in via Civis 26 (in the beautiful historic area of Borgo Grazzano), in the hands of his daughters and grandchildren, who have inherited his passion for the world of jewels.

So what is the line of this brand which has been carried out for three generations? The basic idea is to shape jewelS into a feeling, a memory, or a desire of the person who requests it, through the use of allusions and allegories. In the “Sergio Mazzola Generazioni Orafe” atelier, unique handmade pieces are produced with the greatest attention to detail being given. Metals and traditional precious stones from all over the world are mixed with original textures. The latter, in fact, are derived from casts of “poor” and natural materials (cuttlefish bones, stones, chalk, boxwood…), but not without charm and capability of giving an absolutely innovative effect to the item!

Whether they are elaborate or rather simple, all Mazzola artisanal products privilege the material aspect with designs and elements in relief and, in addition, they are very versatile! Their elegance makes them suitable both for an important evening and for the everyday look.
Customers are involved in every step of creating the jewels and based on their indications, results in the memory of something that was once left in the drawer, taking on new life and becoming a precious element to show off. Like this brooch for example:

The Sergio Mazzola line also proposes in addition to its goldsmith creations (bracelets, rings, earrings, brooches, necklaces, pendants) which could be defined as “halfway between jewelery and sculpture”, plaques, awards, furnishing accessories and clothing.
Another collection feature is that they succeed in combining ancient forms, especially Longobard ones, with modern sensibility, taking motifs and decorations of the past and using them in the present. To use the words of Sergio Mazzola:

“We do not do classic jewelery, we refer to something ancient which is then reinterpreted in a modern key: volumes, shapes… Although we are more tied to the past than to the trend of recent years that favors completely shiny and geometric objects. Ours is an artistic choice that we have been pursuing for 60/70 years. Among the services we offer we also deal with historical reproductions, icons and Lombard findings found in the area. We are always looking for objects or images that recall and remind us of our territory, Friuli, whether it be something that symbolises the region and can be made into an object to be worn, or rather something that can be worked with to be made unique”

Below is an example – my own bracelet, in silver, inspired by the veil of Blessed Benvenuta Boiani:

First of all, a bit of history: who was this woman? She was a young Dominican nun from the 13th century who left a very precious, light linen veil to history. According to legend, it would have been embroidered in one night, under the moonlight, with the help of angels.
You can see it at the Christian museum of Cividale (UD), the museum’s flagship as a very rare European textile artifact and highly sought after by international scholars.

Its peculiarity lies in the richness of the forms and embroidered figures: stripes, lozenges, thorns, leaves, branches, lilies, stars, all tone on tone and therefore very delicate. The final effect is a surprising three-dimensional sensation.
This object greatly impressed Mazzola, who decided to reproduce some details of the veil embroidery in a collection that in addition to the bracelet, also includes pendants and brooches. On the bracelet in particular, you can see flowers surrounded by spirals. The taste of the jewel has a medieval flavour but the shape recalls ancient Rome., in fact, it is called “the slave” since at the time the slaves were identified by this type of bracelet. Originally worn between the elbow and the shoulder, nowadays the bracelet is worn on the wrist. Romantic, it catches the eye thanks to the play of light created by the chiaroscuro, taking us back to a distant time.

It is a product that well represents the concept of Made in Italy, in which passion is combined with experience and every single detail is carefully taken care of to provide the customer with a tailor-made product. Moreover, among the tricks of the trade handed down and the ever-attentive look at today’s world, a Made in Italy object guarantees something current while at the same time bringing with it the charm and wisdom of the past.

Last tip: if you are looking for something small and graceful that gives a touch of light to your person, the silver heart-shaped pendants are really refined in their lightness due to the perforated workmanship.